TIME TO TWICE is Twice's own second reality show filmed as a whole group.  The show is different to their first reality show which is more game-based and mainly filmed indoors.

Twice was split into 3 teams and compete with each other to play different "Stay-home" games:

Warm-up game: members in each team have to stand within their own hula hoops while using toy hammer to keep the balloon floating in the air. members have to hit it in order.

Game ONE: Sing along game - each person sings a note in order to complete a section of the song.

Game FOUR: Slipper archery - each team uses their foot as an anchor to throw slippers onto the scoring board. The team who gets the most points wins.

Game TWO: Team board game - set 5 pipes under a board, two people sit on the board, one person stands in the middle and paddle the board. When the board starts to move, the pipes needs to move to the front of the board to keep it moving. The fastest team to reach the balloon and pops it wins.

Game ONE: Mini basketball - There are three hoops. The farthest is worth 1,000 points, the middle hoop is worth 100 points, and the closest hoop is worth 10 points. There are only ten balls. Two players stand at their shooting spots while the third player picks up the balls and throws them back to the other players. Each team has two minutes to get the most points and win.

Game TWO: Group running - Using a round tent, each team will get in the tent and move forward together using the tent like a will. The team must touch the wall then move back to the starting line. The team that finishes the task the fastest, wins.

Game THREE: Mini archery - One player from each team will shoot five arrows and add up the points. The bulleye is 1,000 points, outer yellow ring is 500 points, red portion is 400 points, blue portion is 300 points, black portion is 200 points, white portion is 100 points, and the outer smaller circles are 10 points. There are three rounds for each member of the teams to have a chance at shooting. The team with the most points wins.

Bonus: Cone hat limbo - Each player covers her face with a cone hat. After spinning three times, the player must successfully go under the limbo stick. Each successful member will receive 500 points for the team.

Twice was split into 3 teams and compete with each other to play different karaoke games:

Game TWO: Running Karaoke - From a selection of songs by JYP artists, each team will try to figure out what is being played based on the instrumental picked randomly. Three microphones in different heights are distanced away from the teams. Whoever knows the song will hurry out and must sing the entire song to win. However, one random microphone will only be turned on every round. The other teams can grab the opportunity to win the song when one makes a mistake with the lyrics. The winning team gets 100 points for every song.

Game ONE: Tray Karaoke - Each team will draw lots to decide a song to sing during the entire round. Every member will memorize their respective verses and must complete the song within ten tries to win. Each team will start with 100 points, and lose ten points for every mistake. Meanwhile, the other teams can give penalties to the current singing team whenever they make mistakes.

Game TWO: TWICE in Silence - Each team will wear headphones playing loud music and sing a Twice song without missing the lyrics and beat. While looking at the karaoke screen, they all must sing the song by heart to win the team mission.

LAST Game: Challenge 88 - Eighty-eight (88) songs from JYP artists will be selected randomly. From there on, whichever team who knows what's being played will yell out their team name and guess on the singer's name and song. Whoever calls out their team name first will be the only one who'll be able to guess. Other teams can grab the opportunity to guess whenever one makes a mistake. Each time a team guesses out a song correctly, they receive 50 points.

In their 3rd episode, Twice is tasked to locate a USB with their comeback song, hidden somewhere in the building. In order to win, they must find the USB with the song and save the JYP employees who have turned into zombies.

However, there are several challenges and conditions they need to go through in order to win. Each member only has 2 hearts. Upon losing 2 hearts (every time they are attacked by a zombie), they turn into one too. In order to avoid this, they can ward off the zombies using flashlights or sing their songs to decrease their aggression. They can regain hearts upon using squirt guns.

The team has split up into 3 teams: NAMOSA (Nayeon, Momo, Sana), JEONGMIHYO (Jeongyeon, Mina, Jihyo) and School Meal Club (Dahyun, Chaeyoung, Tzuyu) and must find clues hidden throughout the building.

Twice gets to spend their healing time camping in the countryside. They build own tents, play, sleep, cook and relax together as a group.

Twice have gone back to high school and they have all become classmates! It's the first day of school and the 'Twicemates' introduces themselves with each other. The class nominates a class president and vice president. Jeongyeon is absent in this series due to a 'field trip'. Their Homeroom Teacher is Miss Park Jihyo. The class started with Korean with Korean Teacher Miss Kim Dahyun where they learn how to write poems. The 2nd class they learn how to draw with creativity with Art Teacher Miss Son Chaeyoung. And finally on their last lesson, they have music class with Music Teacher Miss Park Jihyo. During the class, members have to collect as much stickers as possible from their teacher, the members with the least stickers will receive a punishment. 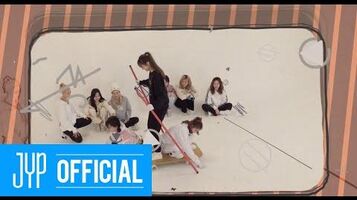 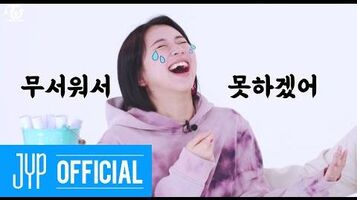 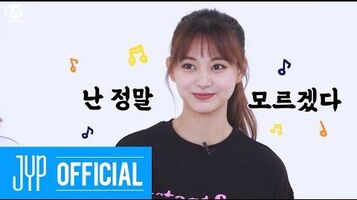 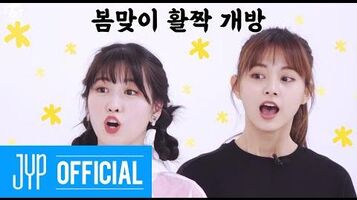 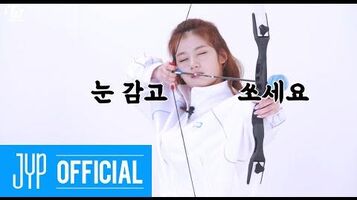 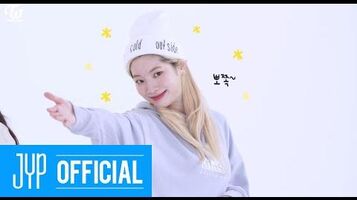 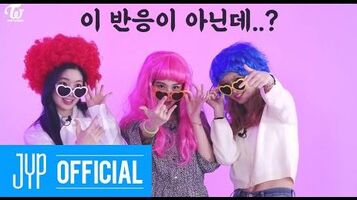 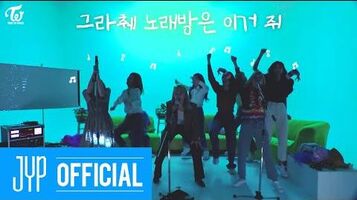 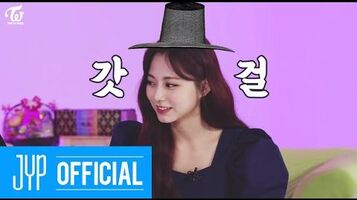 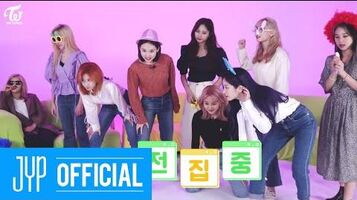 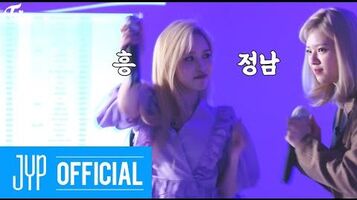 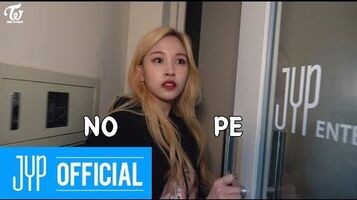 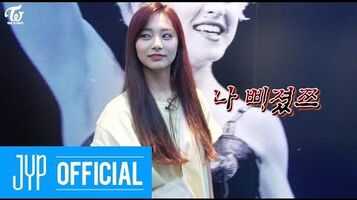 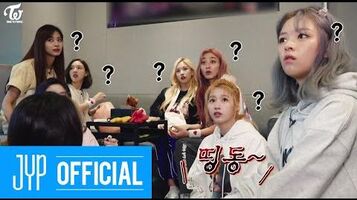 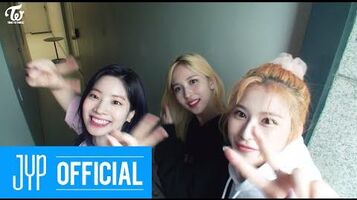 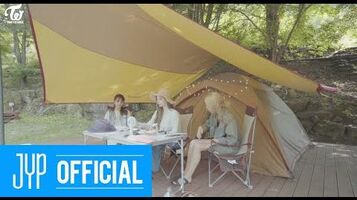 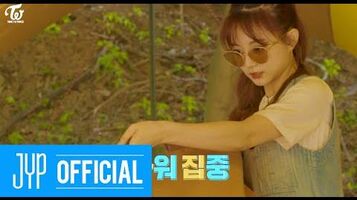 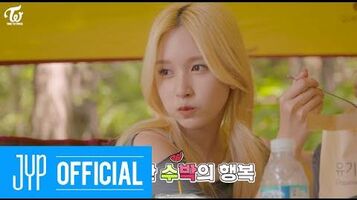 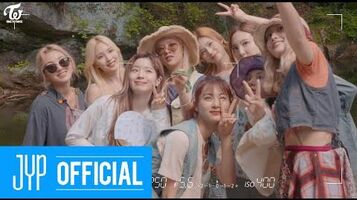 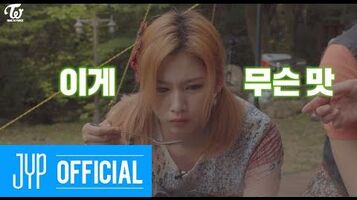 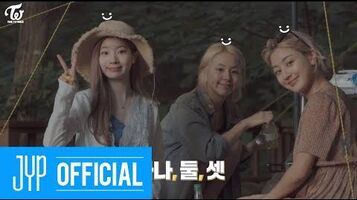 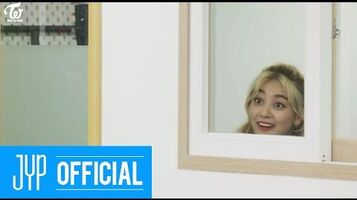 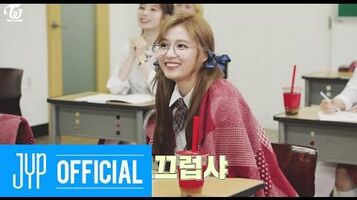 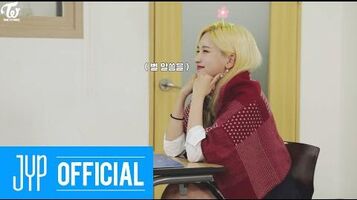 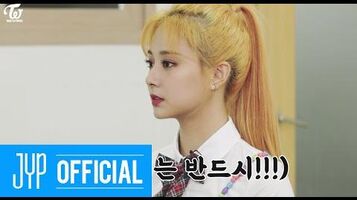 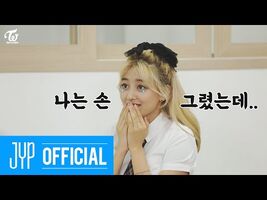 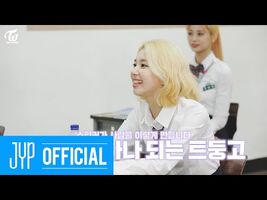 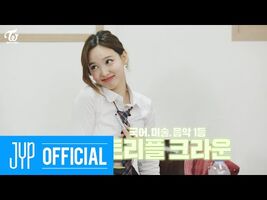