In 2013, she was seen by talent scouts at the MUSE Performing Arts Workshop in Tainan and traveled to South Korea in November that year to become a K-pop trainee. After more than two years of training, she appeared on the South Korean reality show Sixteen in 2015, during which she was chosen as one of the nine members of the new girl band Twice. The group made its debut in October 2015. She currently attends Hanlim Multi Art School in Seoul as a freshman, along with fellow group members Chaeyoung and Dahyun (graduated). She was in neighbouring classes to Chaeyoung in her first year, but now in the same class in the second year. 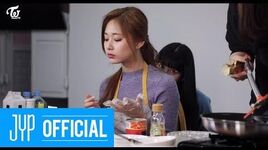